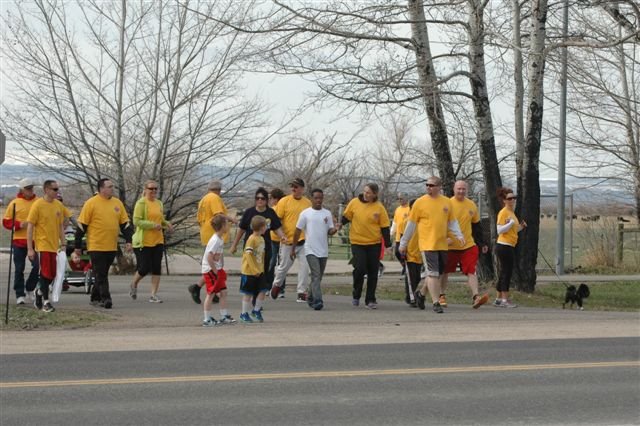 Uinta County Saturday, April 12th
Runners from every law enforcement agency in Uinta County carried the 'Flame of Hope'. They escorted two athletes from the crossroads in Urie and finished at Lyman High School.

The Law Enforcement Torch Run® for Special Olympics is the movement's largest grass-roots fundraiser and public awareness vehicle, At its most basic level the Torch Run is an actual running event, in which officers and athletes run the Flame of Hope™ to the Opening Ceremonies of local Special Olympics competitions and State and National Games.